A Lehigh Valley published periodical celebrating the local gay and lesbian community. Above Ground was a magazine published monthly in Allentown, PA, starting in 1994. The last issue in this collection is from April 1998 and was published in Shillington, PA. It is unknown when the publication ceased.

This is a collection of the Lehigh Valley's gay, lesbian, bisexual, and transgender community opinion and newspaper. The Valley Free Press was first published by RubyZebu Productions beginning in April 1998. Its editors were Elizabeth Bradbury and Patricia Sullivan, who were also co-founders of the Pennsylvania Gay and Lesbian Alliance of Political Action and the Pennsylvania Diversity Network. The Valley Free Press was renamed in 2005 to the Valley Gay Press. It ceased publication in 2016.

Gaydar Magazine was a quarterly-produced, full size, color, glossy infotainment publication for the LGBTQ population and their allies of the Lehigh Valley. Readers and advertisers were drawn to its design, balance of thought-provoking and humorous content, celebrity interviews, and honoring of LGBT history. It was published from 2004 to 2008 by Stephen Libby.

Panzee Press was a local LGBT magazine that discussed health, events, and other LGBT related information throughout Northeast and Central PA. It ran from 2008-2009 and was created by Bolton and Michael Winpenny. 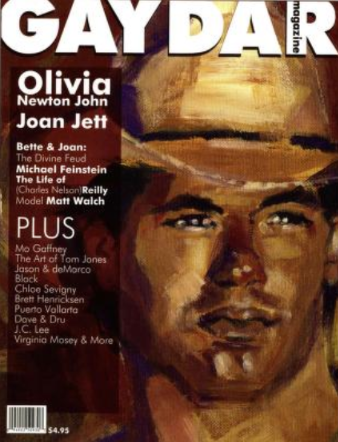